Nayy Bizz is a Native NewYorker born and raised in Bronx, NY. She is the product of the NYC Public School System and grew up in Bronxdale Houses. It was the University of Life that made her tuff, fearless, determined and developed her creativity seasoned with Barbadian roots and the sass only a true New Yorker can give you. Nayy Bizz would not trade her experience for the world for it made her who she is today. Nayy Bizz is known for being a pit-bull in heels and Spanks because she is not afraid of failure, not afraid of risk and where she is from you either go hard or go home! This mantra follows her in business as well. Let us not go without saying that Nayy Bizz is a woman of elegance, style, class, and intelligence.

She is the CEO of Nayy Bizz Management & Public Relations, LLC, and the Founding Member of Honney Bells Aesthetic Services. Nayy Bizz interned at Conde’ Nast on their marketing team and earned her Bachelor’s Degree in Marketing from Berkeley College, was inducted into the prestigious Alpha Sigma Lambda National Honor Society for her achievements in business and scholarship. She is also listed in Who’s Who Among Students in American Junior Colleges for her astounding scholastic academic achievements, earned her MBA in General Management from Metropolitan College of New York while taking part in a study abroad in London and Germany to revamp a business as part of her rigorous business curriculum before obtaining her MBA.  Nayy Bizz has been an Entrepreneur, Celebrity Aesthetician and MUA for over 20+ years and traveled to France specially invited to study and test products for Eau Thermale Avene  before it is FDA approved in the United States.  Awarded Best Expertise by L’Oréal’ USA’s La Roche-Posay and Vichy for her top selling techniques, brand and product knowledge. Also, for her strength in numbers by increasing sales for an inventory of over $23 million dollars in any store she managed and directed. 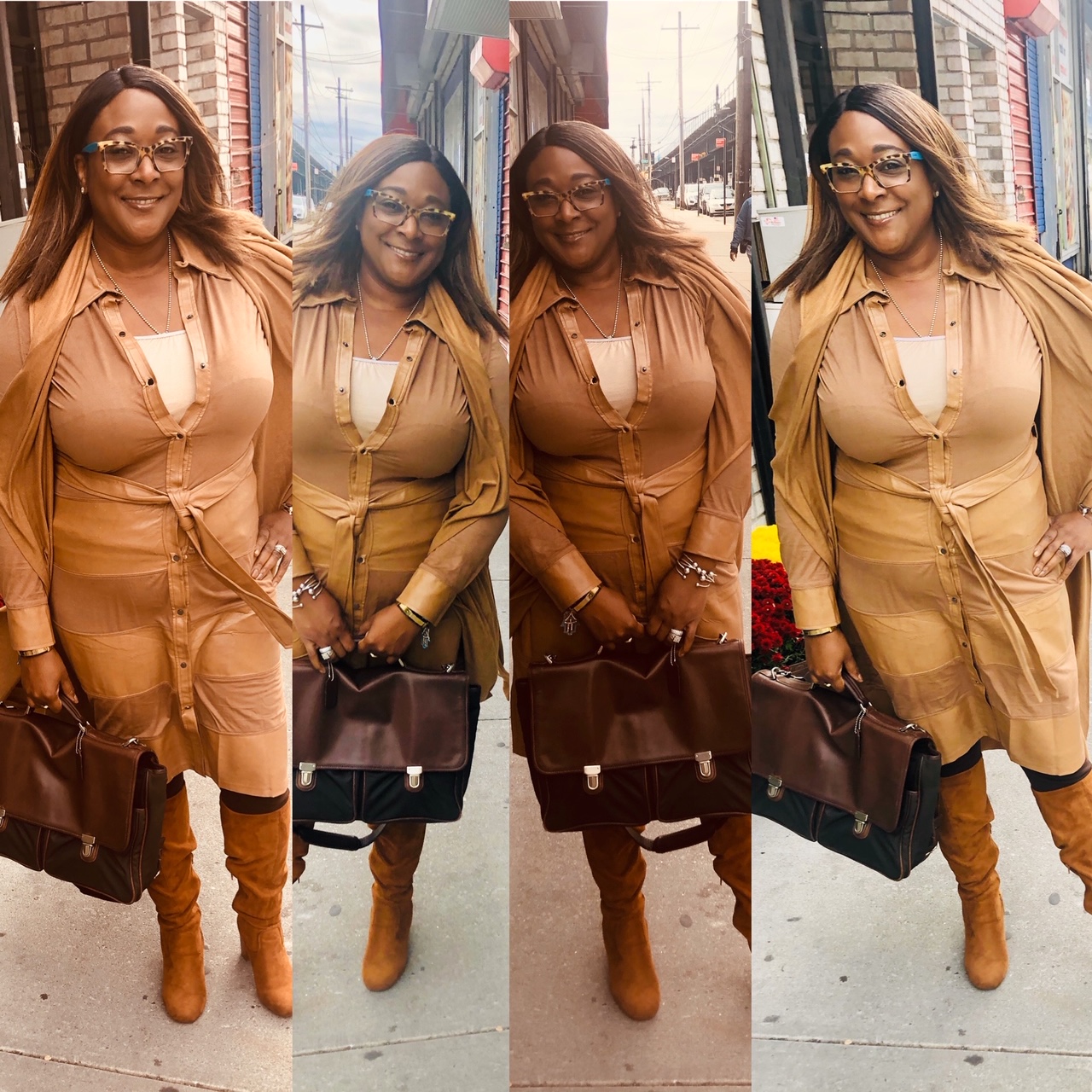 Nayy Bizz is a “triple threat!”  This magnificent woman holds a very impressive resume in business as well as building corporate segments of businesses in the skincare, beauty, mass, and prestige brands.  Known for being the clean-up woman, revamping businesses in areas in which they lack strategic structure.  When “Nayy Bizz” is called to the table you already know it is time to get to work.  No matter how the dice rolls, rest assure there is already a strategy in place.  Nayy congenially states that she has been in school all her life.  Presently, she is pursuing her PhD. in the Philosophy of Organizational Management.

Nayy was once a contributing editorial writer for Brides Noir Magazine who wrote under the pen name Ms. Honney Bell. No stranger to public speaking, media relations and communications. Nayy’s life experience in modeling and pageantry has taken her extremely far.  She was formerly Ms. Black World New York State in 2004 and competed for the National Title of Ms. Black World National at the Pennsylvania Hotel on 34th Street in New York and took home the covenant title of Ms. Black World National 2005.  Nayy used her reign to network with business owners, dignitaries, senators, congress men & women as well as celebrities to open the doors of opportunity for her as she used her pageant title to bridge her business connections for public relations and media engagement which lead her to be inducted as a 2006 Business Visionary into the Caribbean American Chamber of Commerce and Industry, Incorporated by President and Founder, The Late Dr. Roy Hastick, Sr. who took her under his wing and said, “young lady always remember networking works”.  Till this day, this message resonates in her soul, and she plays it forward by passing on the torch by expressing the same message to her students.  Professor Woods as she is called, maintains a full class rooster every semester of students ready to sign up to take her exciting life changing  business courses where she lectures for the City University of New York (CUNY) and Mercy College.  For her body of work and contribution to community and service Nayy Bizz has appeared on MSNBC “Your Business”, Bronx Talk, The New York Times, Bronx12 News, DNA.com, NY1 News, New York Daily News, and Bronx Times Reporter.

Nayy Bizz’s philosophy in life is, “You be your greatest asset-no one will market you best… in all that you do be your best representation of yourself.”

Our desire is to help solve complexities you have with the start – up of your new and or existing business and the direction in which it is currently moving with a goal to parallel your brand above your competitors hoisting “your” competitive advantage and stamping your competitive sustainability upon your internal/external stakeholders. We will redirect you and get you back on track with confidence and ease. Devising strategies which offer optimal decision making needed for “you”, “your brand”, “product” and or “service”.

Our vision is to become the industry’s leading consulting company in the hearts of many who understands change, diversity, and segmentation.

Cultivation of your brand, insuring it is well perceived. Deprogramming unfiltered rhetoric into healthy reliable concepts and interpretations. Framing the perception of the community and your positive influence within the marketplace and public eye.

Client Satisfaction needs and objectives met in a timely fashion and satisfied customers are the best source of advertisement.

Caring professional services for each client’s specifications with the goal of increasing R.O. I., exposure, brand presence, brand notability and sustainability.

Courtesy impeccable follow-up and attention to detail. We streamline the best strategic solutions for our clientele. 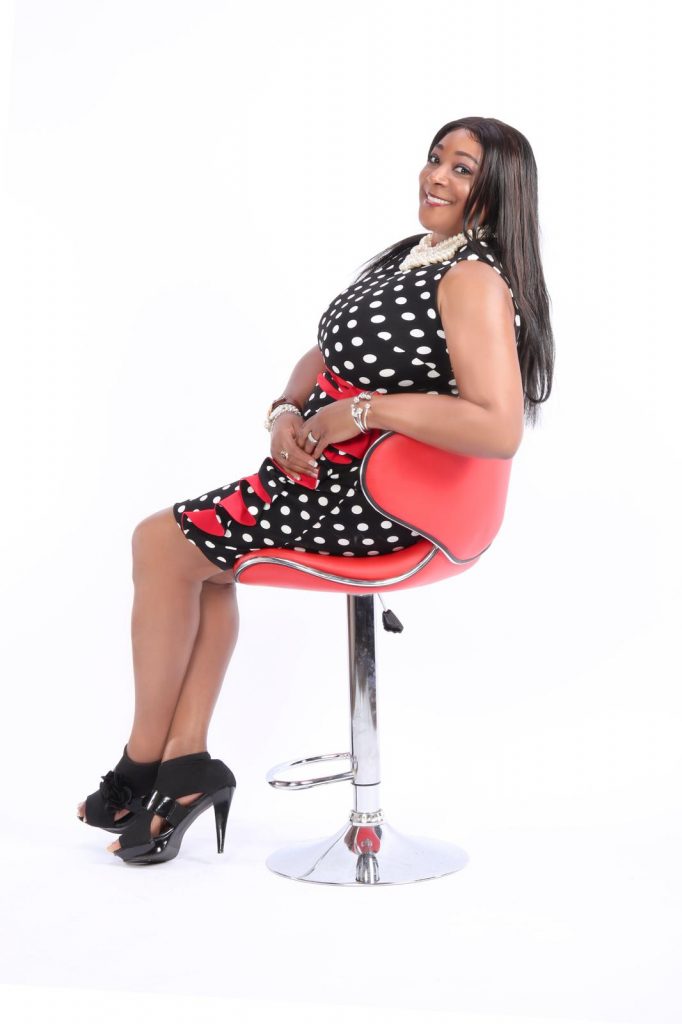 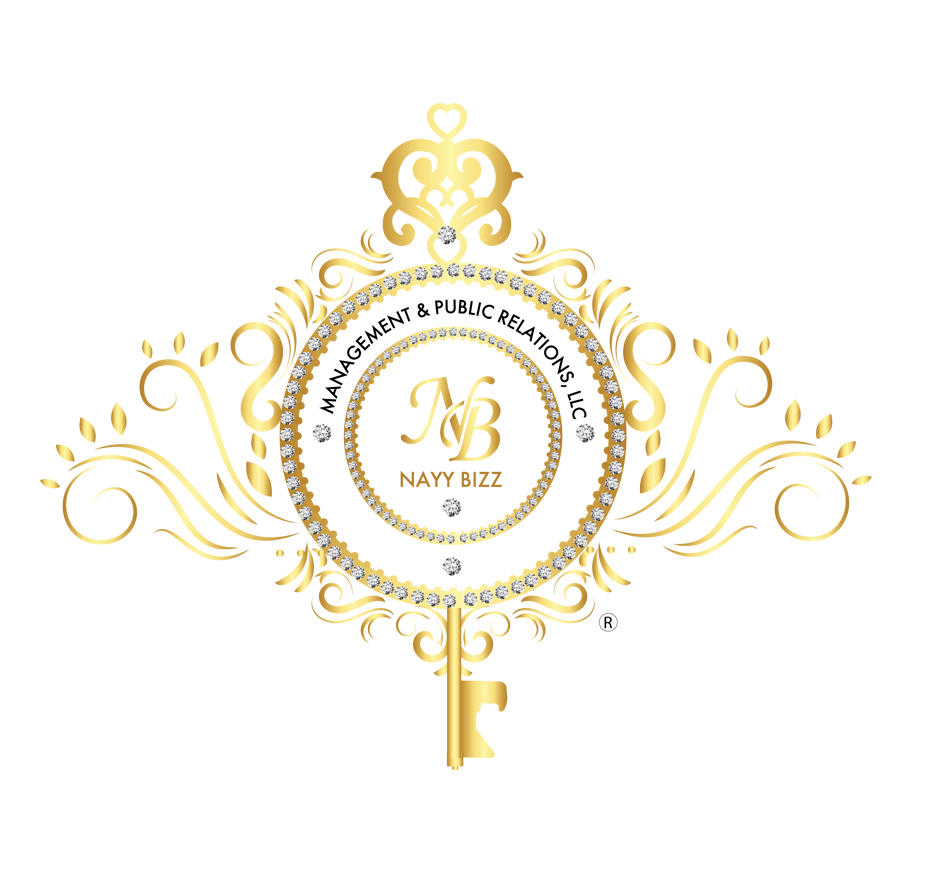 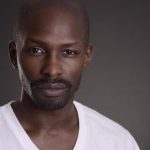 My name is Damion Omar Lee a student and entrepreneur who recently received my Associates Degree from Borough of Manhattan Community College. While attending BMCC, I took a Introduction… 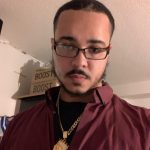 I poured my entire life and many tears into my business. It is an art form and there is a need for the services I provide. My experience and how I revamped my life is the brain child of my business. 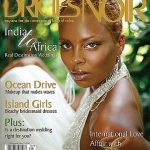 any brides and grooms will partake in salon treatments in preparation for their wedding day. Unfortunately, sometimes beauty comes with a price. We are not talking dollars, but rather sense. Unsafe salon practices can lead to irritations, illnesses and even death. The key to prevention is personal awareness. 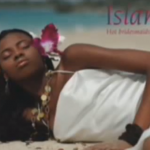 You are a Nubian Queen and deserve to be pampered like one. Our ancestors, queens who ruled lands, bathed in the best elixirs, purest waters and most exotic oils. With your big day fast approaching, give yourself the royal treatment.

Nayy Bizz Management & Public Relations, LLC offers customized consulting services to clients in various arenas of business with a roster open to new visionaries from all walks of life for short-term 6 months consulting to management and or PR to long term consulting contracts.